Get your FREE Language lessons from the #1 teaching resource!

So Animal Crossing is a popular Nintendo game near and dear to the hearts of young people & gamers. The line has been around since the early 21st century, but with Nintendo’s release of “Animal Crossing New Horizons” on March 20, 2020, it’s been suddenly thrust back into the limelight.

But *arguably* there’s only so much room in a day for one to spend playing a game, if said person also wants to stay productive.

And if you want to learn a foreign language, then the time-commitment can be a bit extensive.

Personally, I’ve been trying to improve my Spanish and Vietnamese for at least 3 hours/day during this self-quarantine the world’s got going on.

Fortunately though, playing a game can be one of the best methods for language acquisition. Especially with a life simulation game like Animal Crossing.

In a way, it’s pretty similar to immersing yourself in a foreign environment. If you ever decided to move to a foreign language country, it will feel roughly similar to the ‘newbie’ resident a user becomes within Animal Crossing.

This “new resident” theme stays pretty consistent throughout all of Animal Crossing’s main-stream games. So even if you don’t have a switch or Animal Crossing New Horizons, you can still immerse yourself in a blast to the past.

Here’s the languages available for each game in the line, from oldest game to newest:

*You can also order the Japanese versions of the games above! Just check Amazon.*

I’d suggest at least a month of consistent daily learning before you delve into these foreign “worlds.” It’ll be a more efficient and fun process if you’re actually able to figure out some of what the characters are saying yourself.

But the longer you play the game, the easier this will become– as long as you follow the tips below. Simulation games are great for vocabulary retention at all levels of proficiency so if you’re interested in one of the languages above, then keep reading.

Contrary to the widely-held belief that translation is your enemy when it comes to learning a new language, it’s actually your biggest asset.

Just thinking of how few people used to learn foreign languages compared to now will prove that. With reliable translation tools now widely available, learning languages has never been easier.

These tools should be used for single-word or short phrases translations. Anything longer and the translations are more likely to be inaccurate.

Use a translation tool with a built-in camera feature, so all you’ll have to do is point your device at the game console and it’ll immediately translate. How cool is that?

The only two translations tools I recommend are Microsoft Translator and Google Translate (Android & IOS). Both of these services are also available online and on desktop, but they lack the camera feature.

Both apps will primarily be used for the games’ menu settings and extraneous situations that online walkthroughs (#3 below) don’t cover.

Oh, and if you’re game of choice was “Animal Crossing Pocket Camp” then you can just use Google Translate’s “draw over app” feature instead of camera feature for instant translate.

2. Change your console to your target language

You had to have been expecting this one, but you’ll have to manually set your console in your target language.

Refer to Nintendo’s tutorials on how to change the language settings for:

Once you select the new language, your whole console will change. So you may need one of the translation tools mentioned above just to properly maneuver to the game.

Head over to YouTube or Google and type in “[game name] walkthough.” This is only useful if you fluently understand English, as the hundreds of walkthroughs YouTubers provide are almost always in English.

Basically, you just play your foreign version of the game in sync with the game plays English users provide online.

You’ll have to look back and forth between yours and theirs, but hopefully your understanding of the language has progressed or will progress enough to where you understand at least some without the English translations.

Here are some gameplay walkthroughs for each game listed above:

Here’s just one of the many, many YouTubers providing full walk-throughs playing Animal Crossing New Horizons. This gamer in particular has provided a full 21-video playlist, showcasing each scenario newcomers go through.

And here’s a 16-hour full game walkthrough provided by another YouTuber, just to demonstrate that there are some very dedicated gamers more than willing to demonstrate each and every aspect of the game.

Here’s a 200-video walkthrough playlist starting from when you first ever boot up the game.

And a 133-video playlist, with titles clearly indicating the scenarios you’ll find yourself in.

You’ll find somewhere around thousands of videos walking through City Folk, being that it was released in 2008.

Here’s just some of the results you’ll get when you YouTube search “Animal crossing city folk walkthrough.”

Yes, even with a game release back in 2005, you can still find relatively recent walkthroughs.

Like this 365-day walkthrough where the player recorded a video for a year demonstrating the scenarios users face from day 1.

Or this *less clear* 99-video walkthrough where yet another YouTuber documented their journey until what they’ve deemed to be “completion”of the game.

This game is solely for mobile devices, and therefore offers the most limited and generally boring plot.

But it’ll still keep you occupied for a few weeks and teach you some nice vocabulary. Plus the game still has tons of English walkthroughs online that you can follow along with.

Or this 12-video playlist (I’m just now realizing I can insert whole videos). Walkthroughs are much shorter for pocket camp, which could perfect for you if you’re typically pressed for time.

Obviously, while learning new words in the moment is great, you’ll have to have some system in place to gradually memorize new terms.

I suggest a spaced-repetition Flashcard system like Ankidroid or Brainscape. Both are designed for vocabulary retention and work so much better than traditional flashcards or note-taking.

Notes may be more simple in the moment while you play the game, but I’d ultimately encourage you to also put new words into a digital flashcard deck. Unless you plan to review all your notes every day.

Before you head out

So yeah– that’s “it!” You’d be surprised how efficient playing games can be for language learning.

Seriously just search online to read more about it. If you’re interested in learning even more fun ways to make language learning enjoyable, then sign up for my email list below.

You’ll receive regular tips and articles on how to make the language learning process naturally fun and simple.

You’ll also receive your own free copy of Everything to know about the “Naturally Simple” approach to language acquisition. As well as a limited time 4-week self quarantine (rapid) language learning checklist!

As always, thanks so much for reading and I’ll see you in the next one!

A language student of nearly 6 years, I feel as if I’ve learned more in the past 3 months than in any of the years before. Once I ditched traditional language courses, and personalized the process for myself, I suddenly found that progress not only came naturally– but was actually fun. My main mission with this site is to help other broke students master language through digital immersion. & since less mainstream languages are often excluded from learning discussions, I share tips primarily for my atypical language learners –Cierra Smith

25% off during Self Quarantine 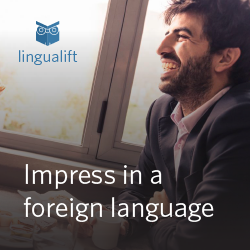 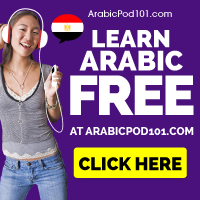